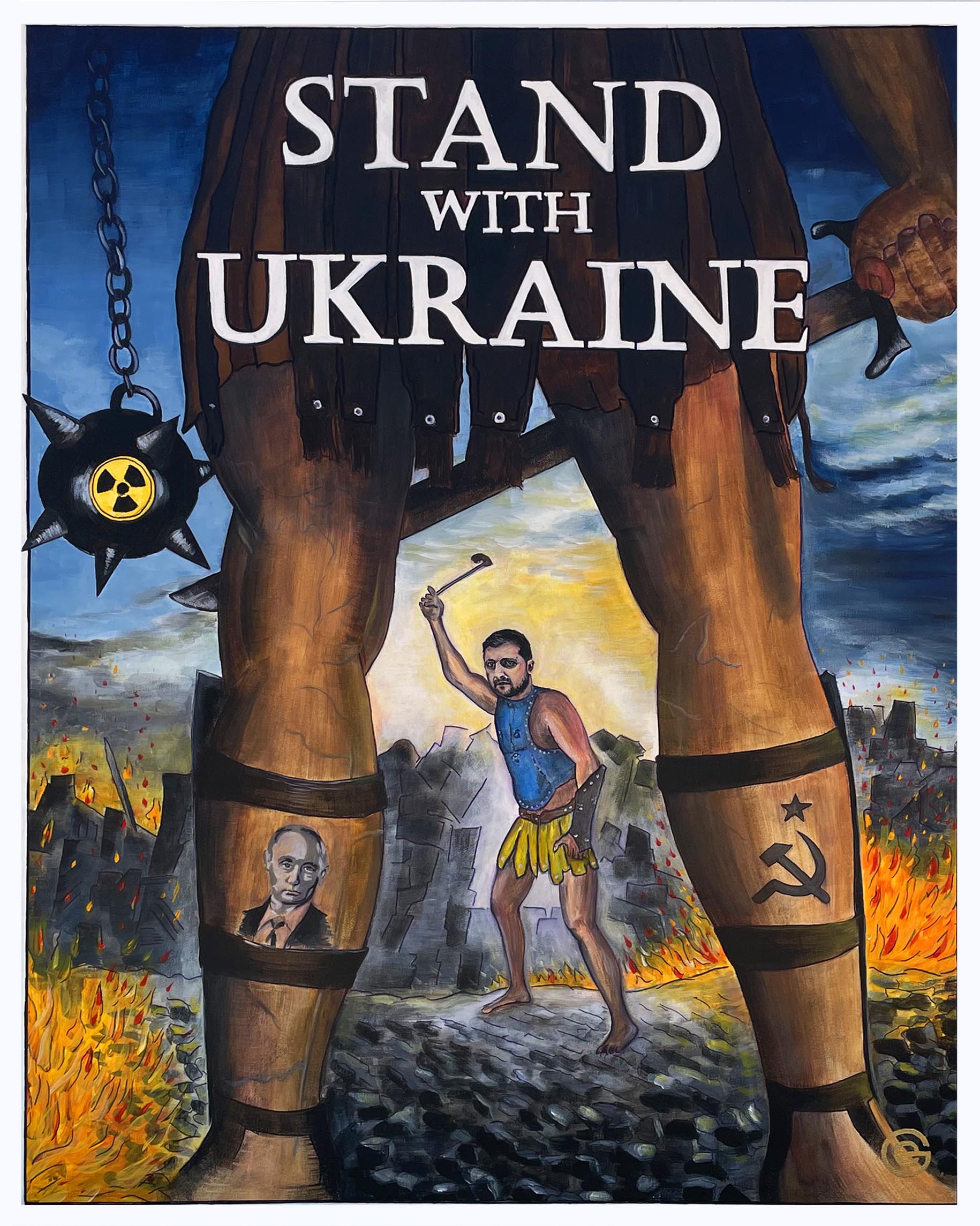 A little over a year ago I was still planning to paint Aleksej Navalny… the now well-known Russian opposition leader who ran for the Russian presidential election in 2018. Navalny in the meantime only just survived a poisoning attempt carried out by the Russian security service and is now locked up in a Russian penal camp!

Meanwhile, 68-year-old Vladimir Putin signed a law allowing him to remain head of state until 2036 and invaded Ukraine for no reason!

The horror of a completely useless war now unfolding in our European backyard is really shocking! The abuse of power by an outright dictator who has lost all touch with reality is turning the world upside down once again while we were only just recovering from a global Covid pandemic.

Anyway, the war inspired me to make this painting: Stand for Ukraine! We all know the biblical story of David and Goliath: The victory of the little man over the giant has now become a reality. The largest country in the world is attacking a sovereign democratic state that is 28x smaller! President Volodymyr Zelensky leads a fierce battle against Vladimir Putin’s mega-army. When the painting is sold, the entire proceeds of the painting will be donated to the ICRC (International Committee of the Red Cross). That way art can save the world a little bit! 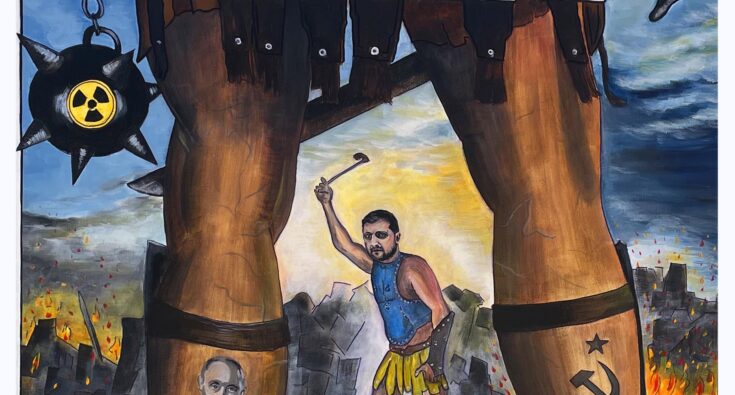 Before we leave Bali, one last wisdom…. #baliind

Another interesting wisdom in times that social me

Under water Sea-Bra Too hot to paint! 🥵 #under